July 22, 2020:- ‘This tree that was just planted is small, but many of us have seen the Flamboyant once they’ve matured; they are majestic, Grenada Development Bank is likewise. We started as a small institution in 1965 and grew leaps and bounds throughout the years, recording the highest ever disbursement figure ($20M) in 2019, a perfect note to celebrate our 55th Anniversary.’

These words were spoken by Mr. Mervyn Lord, General Manager of Grenada Development Bank on the occasion of the Bank’s 55th Anniversary.

On July 19th, 2020, members of the Board of Directors, Management and Staff gathered on the grounds of St. Martin De Porres Home for the Aged in Crochu St. Andrew to commemorate this historic occasion with the planting of a Flamboyant tree.

Mr. Lord further stated on planting the tree, which was later blessed by His Lordship Bishop Clyde Harvey, that this action speaks volumes for the Bank and brings to the fore the Bank’s Anniversary celebration theme which surrounds sustainable development.

‘This tree will solidify our theme ‘Adopting a green culture towards a sustainable future,’ it also symbolises rejuvenation; not just for our Bank family but the entire state of Grenada, as we endeavour to rise from the negative effects of COVID-19.’

Highlighting some of the Bank’s major accomplishments, Mr. Lord says that in more ways than one, the tree denotes the growth of the institution.

‘Grenada Development Bank has conquered the odds, recording over 12 years of consistent profits after over 40 years of losses.’

‘We evolved from an institution with a Non-performing Loan (NPL) Ratio of over 40% in 2001 to an institution that can boast of having an NPL ratio of 2.6%, the lowest of all development banks in the Eastern Caribbean Currency Union.’

He continued by saying development is not simply part of the Bank name, but an integral part of its identity.

As part of the celebration, a presentation was made to the home and received by Matron Gloria Phillip-Smith in the presence of staff and residents of the institution.

Though the scale of this year’s activities had to be reduced due to the effects of COVID-19, the planting of the tree was the first of a series of activities planned by the Bank. In the coming months food hampers will be distributed to a number of vulnerable families nation-wide. The Bank has also organised an internal competition amongst its staff complement which will culminate during the month of August. 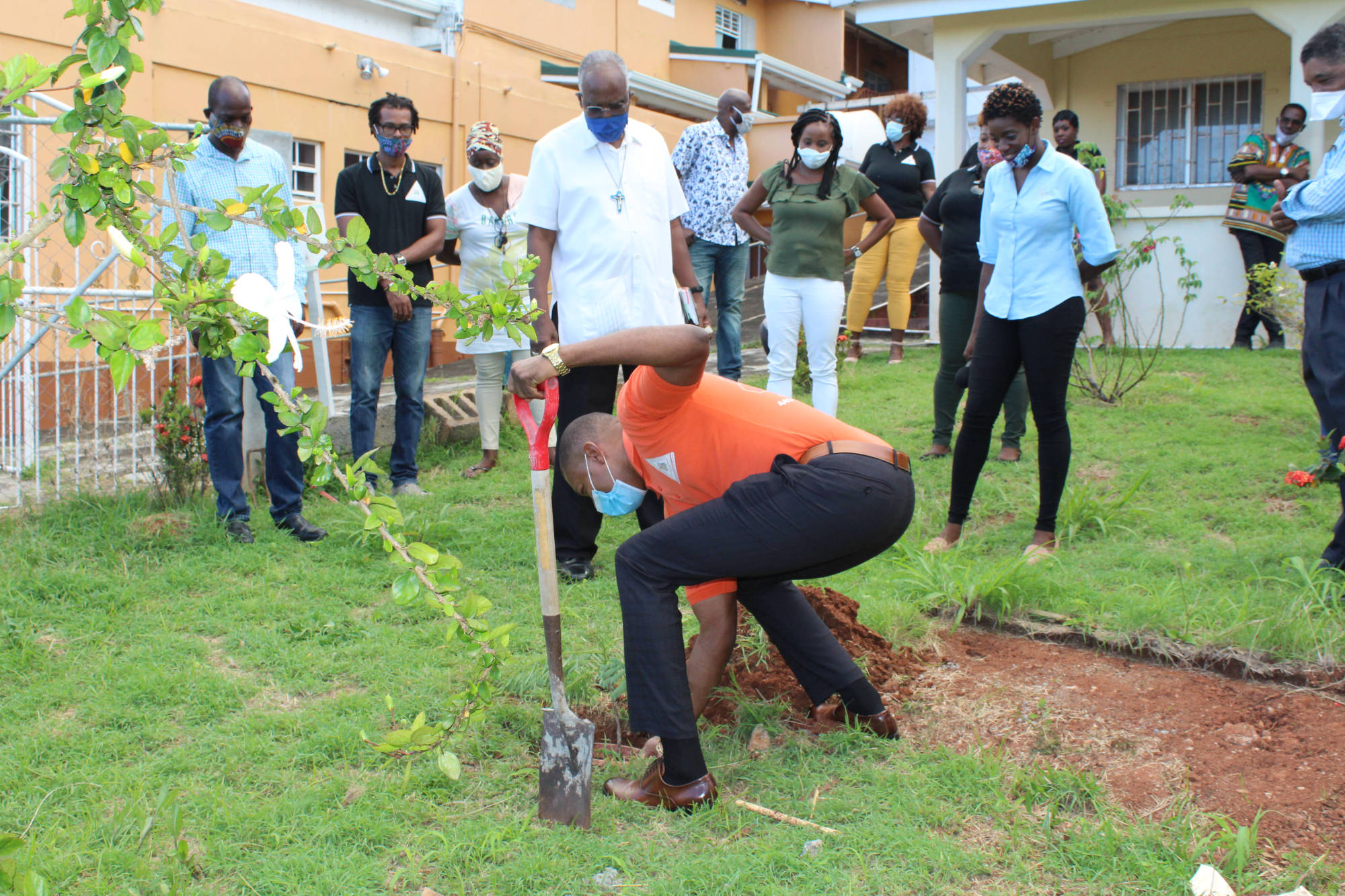